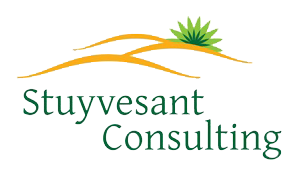 Fifteen years ago, when Dan Jones and I wrote an article for the Harvard Business Review to launch Lean Thinking, the editors insisted on the title “Beyond Toyota”. I found this exasperating because it implied we were somehow going beyond Toyota’s discoveries about the best methods for creating maximum value with minimum waste. In fact, the article was simply the story of one organization -- Lantech, the American stretch wrapper company -- applying Toyota techniques in a low-volume, high-variety industry. Lantech had introduced Toyota’s proven methods in a different type of business rather than going beyond Toyota in concept or methods.  In the end, Dan and I agreed to the title and I just hoped we would be forgiven back in Toyota City for an apparent act of hubris.

Now, fifteen years later, I’m feeling that we all, even including Toyota, need to go beyond Toyota. But this is for a different reason. Lean methods for product development, fulfillment from order to delivery, supply stream management, customer support, and management of the overall enterprise are now well known and widely accepted in concept. We’ve won the battle of ideas on how to operate and improve processes. But creating management systems and organizations that can practice (not just preach) lean every day year after year turns out to be a lot harder. And it’s harder for Toyota as well. Many observers have recently noted a gap between the Toyota Production System as an ideal and Toyota’s actual production system and between the Toyota Enterprise System as an ideal and Toyota’s actual enterprise system, particularly outside of Japan as the company has expanded rapidly across the globe.

But wait. For fear of being misunderstood let me stop here to make myself clear: Toyota will be fine. It is the world’s largest car company and it will remain the world’s largest car company for decades to come because it still has the ability to do hansei and make necessary course corrections when it stumbles. But the wonderful days of Toyota sweeping all before it as it reveals more and more aspects of its value creating methods are done. (The many readers working at Toyota should feel free to prove me wrong!) I now think of Toyota as the big booster rocket that has blasted us out of the slumber of mass production and modern management. But the big booster has done what it can for us and we must be the second stage. It’s our task on our watch to put lean in orbit, by which I mean creating sustainable lean enterprises in every industry in every country.

So how can we proceed toward this goal in this new and disorienting situation? The answer is the same as it was for Toyota during its creative youth: By performing lots of PDCA on the gemba! But to do this we need a new method and a new metaphor:  For the past thirty years we have been earnest pupils following a brilliant leader up the mountain, applying proven lean tools. But we now need to work collaboratively as a group of experimenters from different organizations in a situation where none of us (often including Toyota) knows the best answers to the management and organizational problems we face in the decade ahead. We need to fully share the results of many experiments, decide what doesn’t work and (hopefully) what does, and then move on to the next issue. (And there will always be a next issue.)
Group work is always hard and particularly group hansei about what hasn’t worked. But the only alternative is to stand by waiting for the “next Toyota” to copy and I am doubtful that there will be a next Toyota any time soon. And, even if there is, it will be very hard to determine which of its management methods sets it apart. (It took years for us to understand this in the case of Toyota.)  A far better bet is to work together as a Lean Community to list and gain agreement on the most important problems, to encourage many organizations to try experiments directed at finding countermeasures, and to report and share the results. (Think of this as A3 by and for the lean movement.)

Your Insights Are Needed

I see this as the mission of the Lean Enterprise Institute and the Lean Global Network as we move forward, although we certainly can’t do it alone. As a start I would find it very interesting to hear from the Community about the most important management and organization problems we need to address to achieve orbital velocity and the types of experiments we need to conduct to resolve them. If you are willing to share your thoughts by return e-mail, I will summarize them and share them with you in a future e-letter. (And perhaps we can bundle the actual responses, leaving out identifying details, in a format where everyone can see them and make their own judgments.) I hope many experimenters then will step forward to tackle each problem and share their results so we can all do PDCA together as a community of lean practice.

With best wishes for a lean and prosperous New Year,